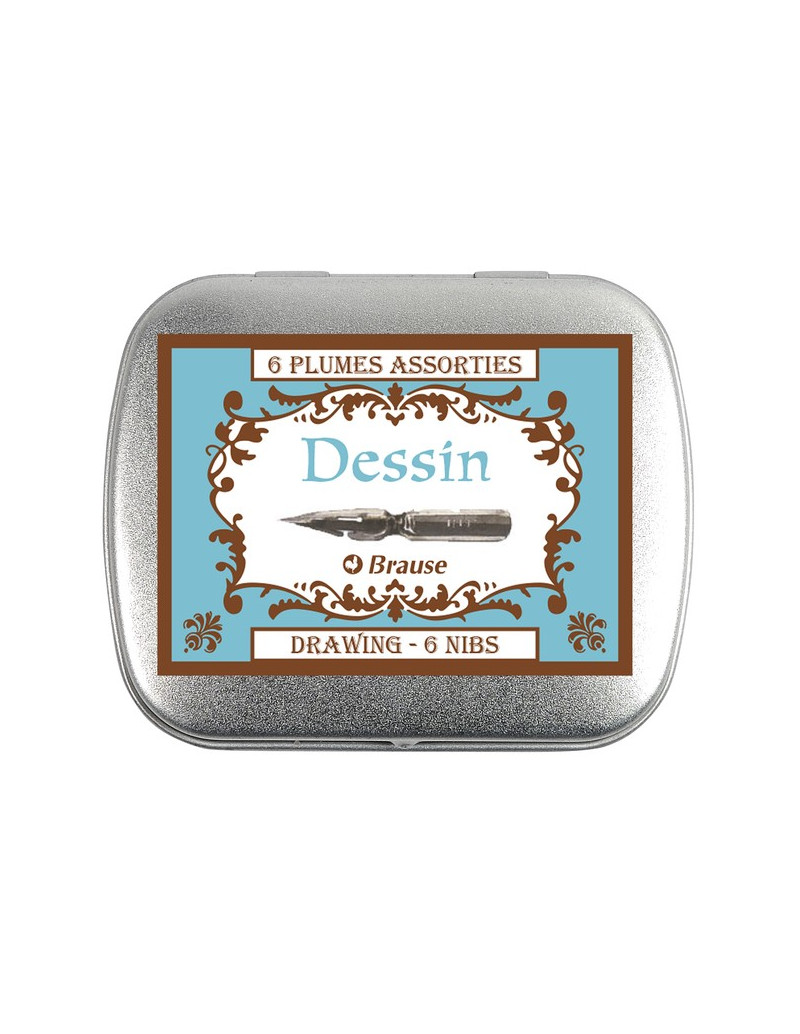 Assortment of 6 drawing nibs, 2 of each model.

2 nibs of each model:

Assortment of 6 drawing nibs, 2 of each model.

2 nibs of each model:

L'écolière is a fairly hard fine nib intended for writing, drawing and calligraphy.

The surprisingly flexible 66B steel nib allows a very small script to be made and is also used for drawing.

The 511B nib is a fairly hard and very fine nib intended for drawing.

The quality of the craftsmanship allows to have nibs of great finesse.

Each nib thus has its own qualities and can be classified according to two criteria: flexibility and finesse.

Founded in 1850 in Iserlohn, Brause & Cie originally specialized in the manufacture of needles. It quickly became a modern enterprise, with the acquisition in 1866 of a steam engine.

In 1895, production expanded to include bicycle wheel spokes and writing nibs. Until then, the production of these nibs was the preserve of the English; but Brause knew how to appropriate and master the high precision required for mass production of nibs . The market introduction of Brause nibs has been helped by the use of advertising slogans such as "Die beste Feder, lieber Sohn, sind die von Brause Iserlohn" (The best nibs, dear child, are those of Brause Iserlohn).

The company produces all kinds of nibs (Drawing, Writing, Decoration, Calligraphy ...) and names such as "Cito-fein" or "Pfannen" are now known worldwide under the Brause brand. Today, the company has designed more than 400 nibs.

With 150 years of experience in calligraphy, Brause is one of the few companies that guarantees the fundamental quality of the nib: a subtle balance between a relative flexibility which facilitates writing and a necessary resistance which allows sharp lines.

This rare balance reflects the incomparable quality and experience of this delicate craftsmanship. 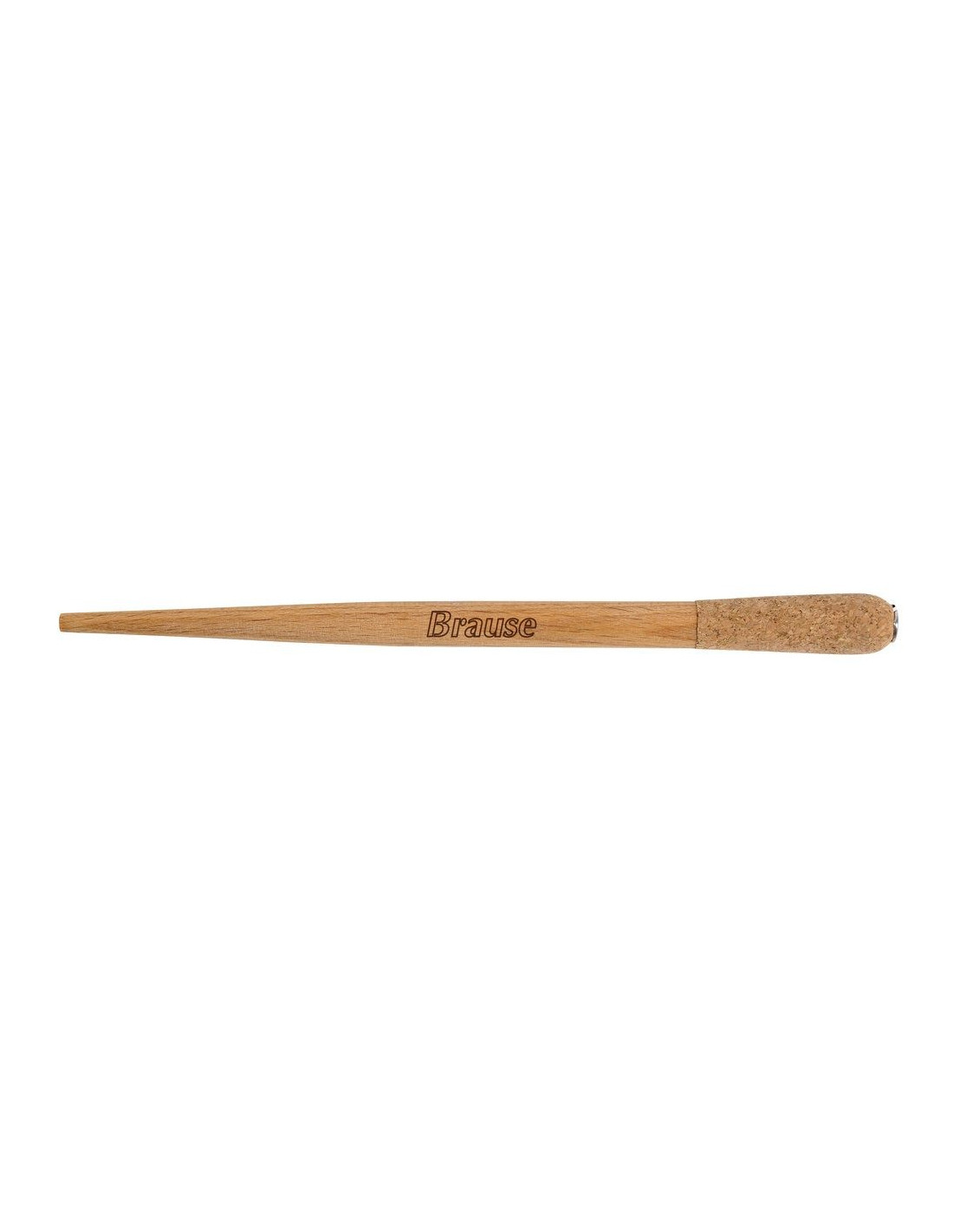